Born and raised in Glasgow, Scotland, McCallion brings a wealth of experience to SACYSL. He has enjoyed success at every level and is very well known and respected in the Bay Area soccer circles. McCallion holds the title of Associate Head Coach at NDNU and helped lead the Argos to their first PacWest title in 2006. His duties include coordinating preseason workouts, fitness and tactics and serves as the recruiting coordinator for official and unofficial visits.

McCallion also held the position of Head Coach of the Varsity Girls Soccer team at Castro Valley HS and led the school to eight Conference Championships in ten seasons. He coached the Trojans to their fist NCS Championship last season and finished the year ranked 3 rd in the nation by ESPN while being named Coach of the Year. Over the past ten seasons, McCallion has compiled an overall record of 234-29-8 at Castro Valley HS.

McCallion is also the Director of Coaching for the Southern Alameda Country Youth Soccer League and founded the California North Stars. The North Stars were the 2010 State Cup Champions and Regional Champions while placing 3 rd at the National Championships.

Additionally, McCallion coached at the Olympic Development program for six years and was the Head Coach of the Bay Area Ambassadors semi-professional team this past season. With the Ambassadors, McCallion led the team to their first playoff appearance.

McCallion has 13 years of experience coaching at the collegiate level, including eight seasons at Chabot College as the Co-Head Coach. He was named Coach of the Year in 2002-03 by the California Youth Soccer Association while receiving the same honor at Castro Valley HS in 2003-04 and 2009-10. He has coached several All-Americans and professional athletes, including several current WPL players. 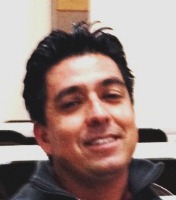 Elio Coral was born in Mexico and began playing soccer at the age of 4.  He played soccer for High School, College and today as an adult enjoys playing a game or two of indoor soccer!  Elio has been a competitive soccer coach with SACYSL totaling ten years.  He began his career by taking a win with his U12 girls team, placing 1st in league / 2005, a U16 girls team in 2008, a U9 boys team both spring and fall 2011 and U10 boys team both spring and fall 2012.  Elio has a passion for the game and supports SACYSL's efforts in providing the enjoyment of playing soccer for youth in his community.  Elio has recently joined the Board of Directors with SACYSL and holds a seat as the Girls Coaching Coordinator.

Marco Rodriguez was born in Mexico and played soccer all throughout his childhood including his early adult years.  After moving to the U.S. Marco began coaching youth soccer players for Union City Soccer Club and later moved to further his coaching career at Southern Alameda County Youth Soccer League in 2009.    While being an experienced coach at all levels, Marco was asked to help develop the U10 Girls Goal Keeper, who is one of the best in her age group competitively.

In 2012 Rodriguez accepted the Head Coaching responsibility for the U14 Girls & U9 Girls California Northstars – achieving 1st place for both teams in their age group divisions in 2012.